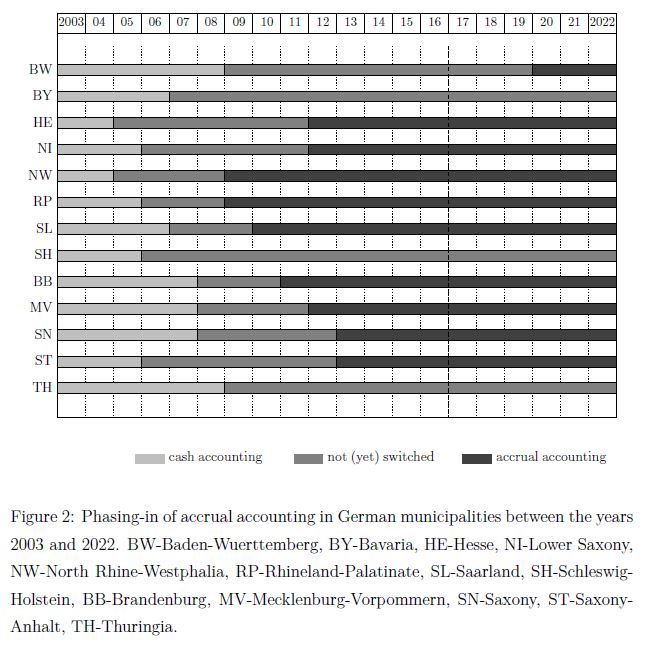 Many governments have replaced traditional cash-based accounting with some form of accrual-based accounting system. However, empirical evidence on the effects of the public accounting system on fiscal policy is scarce. Following rules by the federal states, municipalities in Germany have adopted accrual-based accounting systems gradually. By exploiting variations over time and across states I find no evidence for an impact on the overall financial balance. However, my findings suggest that accrual accounting has altered the structure of the budget. Revenues from the sales of non-financial assets have decreased significantly. This supports the hypothesis that municipalities had used these one-off measures before to meet fiscal constraints. Using data on entities controlled by the municipalities, the analysis provides no evidence for repercussions on these public funds, institutions or enterprises.